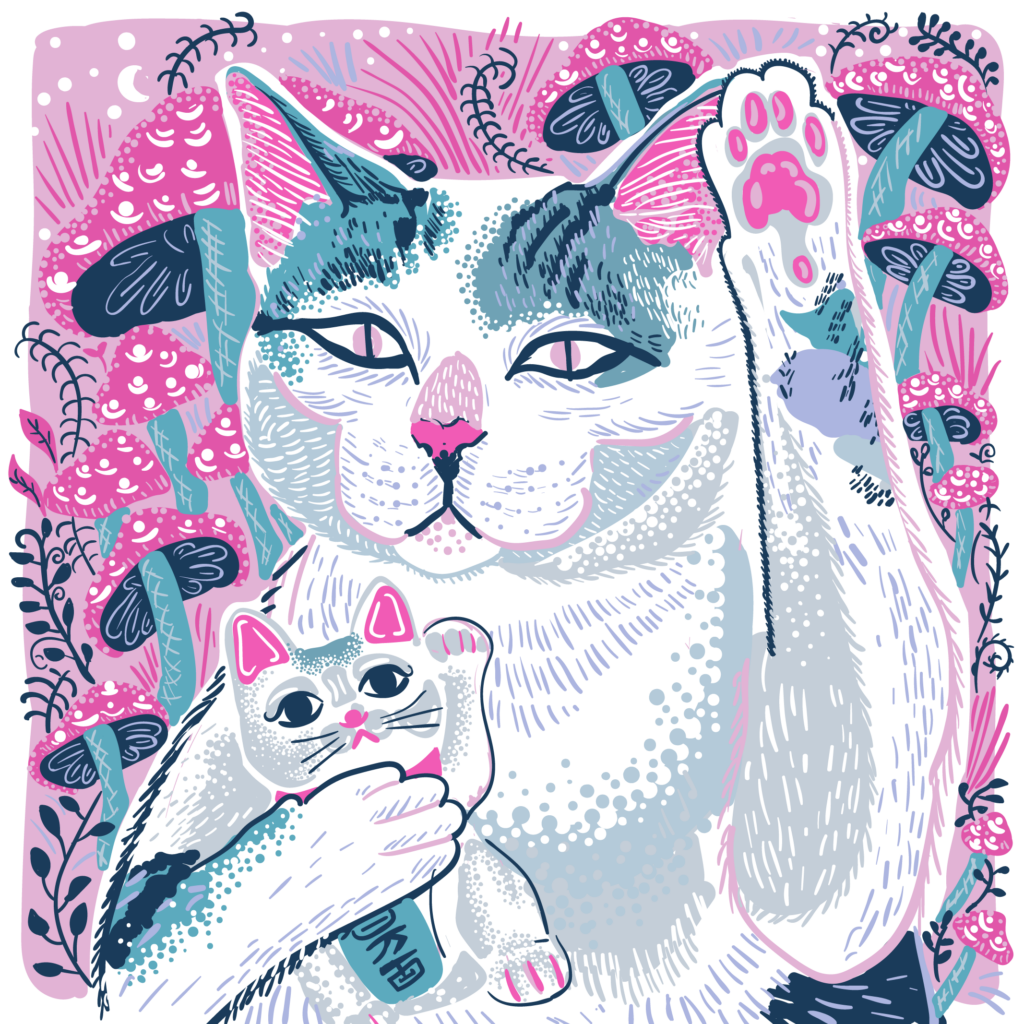 Since I was about 15 years old and discovered fineliners, the large majority of my work has been in black and white. I remember the pen that started it all. It was a short stubby pen in emerald green with snug-fitting cap. As was the norm in 2005, it was decorated with a vector image of a chic city dweller. Over the next year, the ink of that pen would adorn the margins of many a blue-lined exercise book.

The black and white trend continued even after I finally mastered using a Wacom tablet. While I have yet to tire of monchrome art, I do see the potential benefits of stretching myself out of my comfort zone.

One thing that drawing in a single colour does teach you is how to be creative in how you portray shading and texture. I wanted to know how these skills would translate into a piece that utilised a wider colour palette.

While I did bar myself from using black for this image, the entire spectrum was not at my disposal either. Instead I decided to go with a limited colour palette of soft greens, pinks and purples. The extra choice of colour afforded me the opportunity to be more playful with layering my textures and more loose with with my lines.

My muse and subject is Wasabi, a cheeky tom cat who strongly reminds me of a white rabbit. His markings vaguely resemble a Maneki-neko or beckoning cat. This popular Japanese figurine, believed to originate from the Edo period, is seen as a symbol of good fortune. The similarity of the two cats made for a great drawing subject. Something about the Maneki-neko has always captured my imagination. I first encountered one in 1996 or 1997 at the age of 6 or 7 years old. Back then many of us had only encountered computers at school during a dedicated computer class. At the time I remember those lessons involving us playing educational games on DOS. At some point we switched to Windows NT. The Maneki-Neko was part of Microsoft Word’s library of clip art I printed it out and kept it it in my flipfile alongside any other clip art I could find involving cats.

I definitely plan to explore the use of colour in future drawings, but black and white will always be my first love. 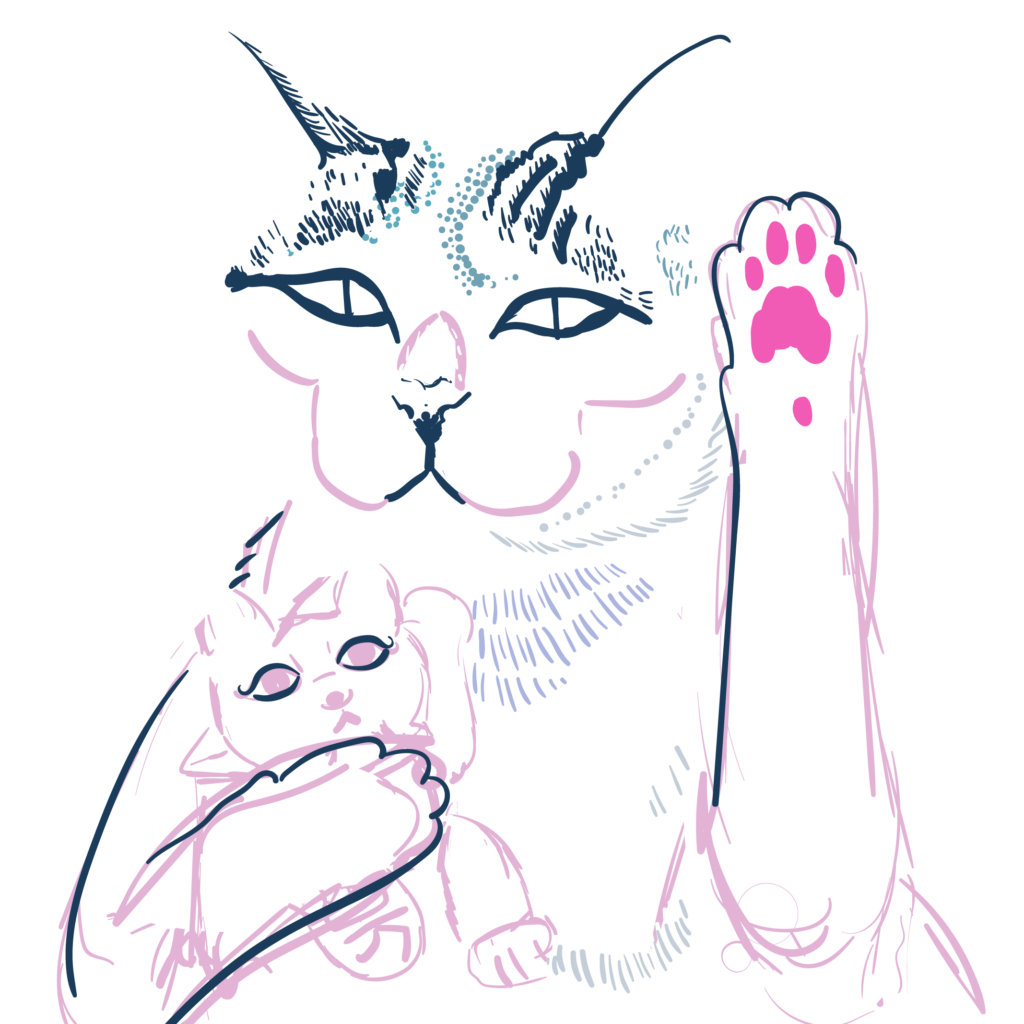 An early process sketch of Lucky Wasabi, from before I started colour blocking.

This is a demo store for testing purposes — no orders shall be fulfilled. Dismiss